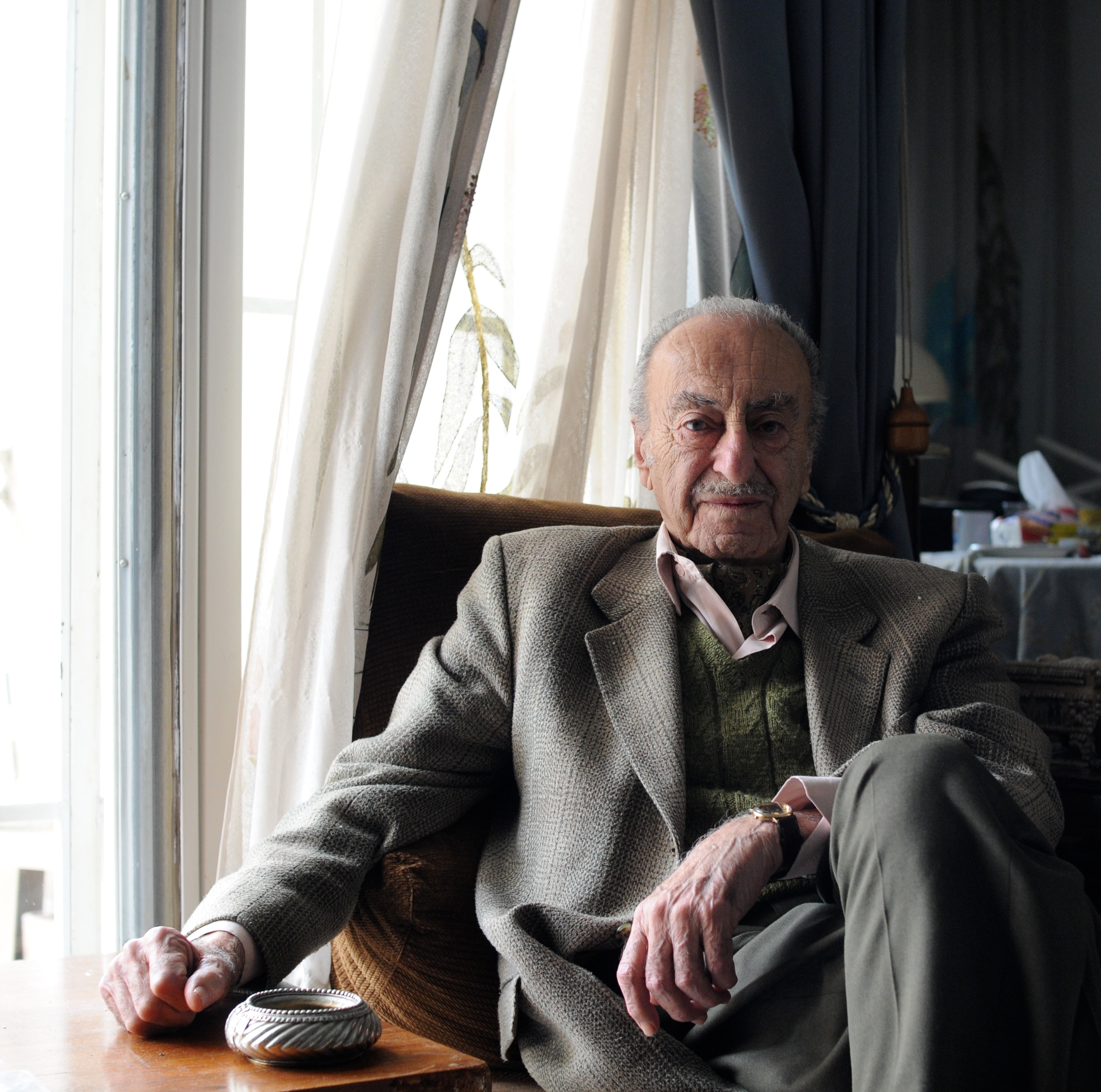 Born in Tripoli in 1927, Georges Nasser studied cinema at UCLA in Hollywood and returned to Lebanon determined make films in an environment where the industry was non-existent. In 1957 he directed Ila Ayn? (Where to?), which became the first film to represent Lebanon in the official competition at the Cannes Film Festival. Nasser repeated the same remarkable feat with The Little Stranger, also selected at Cannes in 1962. In 1975, Nasser shot his third film Al Matloub Rajol Wahed (It only takes one man) in Syria.

The eruption of the Lebanese civil war put an end to his directing career. Nevertheless, at no point did he consider leaving Lebanon. Rather, Nasser finally found a new vocation as a professor at the Lebanese Academy of Fine Arts (ALBA), where he has educated new generations in the art of making films. 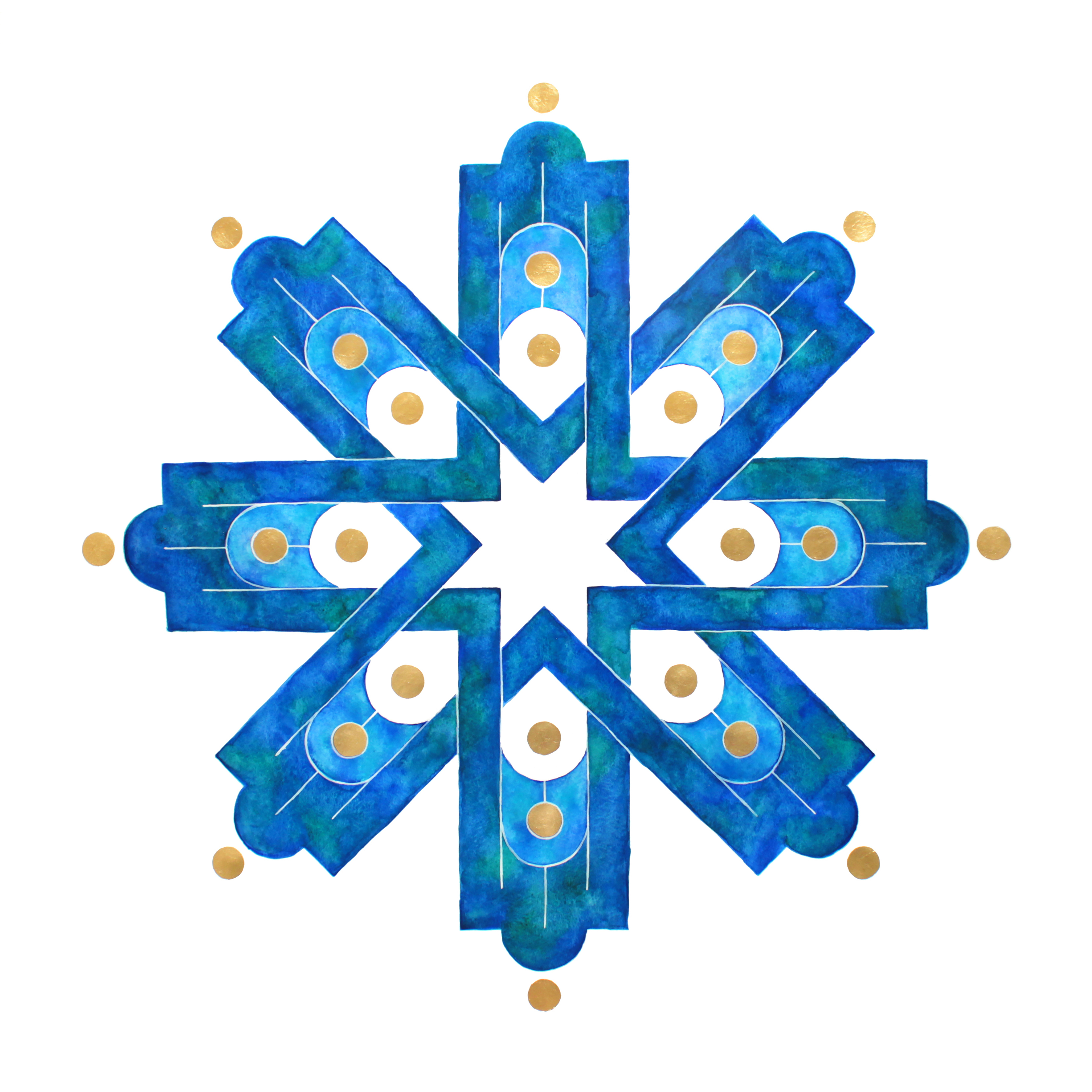 The Khayrallah Center is pleased to announce that Lebanese filmmaker, Mr. Georges Nasser, was selected as the 2018 Khayrallah Prize winner. Nasser was awarded the Khayrallah Prize, which includes a $5000 monetary award, for his groundbreaking film Ila ‘Ayn? [Where to]. 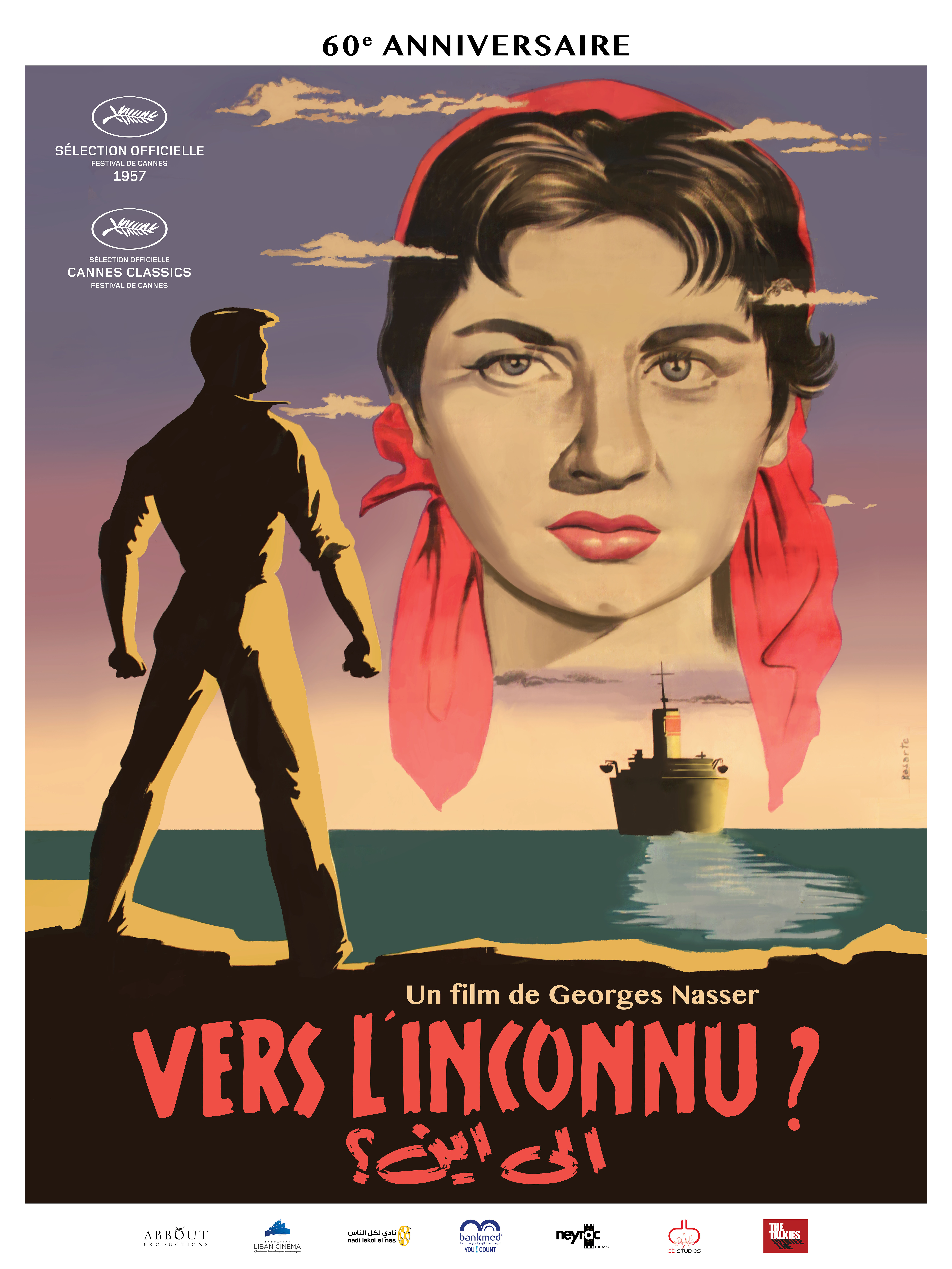 Mr. Nasser's film was a standout because of its originality and eloquence in exploring the Lebanese diasporic experience, and for doing so as the first Lebanese directed and produced film. The familial and national drama/trauma of migration is captured in its storyline across the lives of two generations of Lebanese villagers. It is bracing in its honest depiction of the hardships those who depart encounter away from home, and the challenges faced by the family they leave behind. Ila Ayn? (Where to?) addresses the agony of residing in a country without hope, and the cruelty of an exile that does not keep its promises of a better future. This neo-realistic chronicle portrays a family where the father decides to immigrate to Brazil, leaving his wife and two boys behind. His family is torn apart, but he is convinced that this is the only way to ensure a better life. Shortly after his departure his family stops receiving any news. Years later, as the younger son is getting ready to follow in his father’s footsteps, he returns home defeated and anxious to confront his family with his failures.

To receive the Khayrallah Prize, the most prestigious award for Lebanese artists, is a great honor. It validates my lifelong passion and work to create, innovate and shape Lebanese cinema.

According to Khayrallah Center Director, Dr. Akram Khater, Ila ‘Ayan “stands as a bracing tonic to the generally casual and overly simplistic representation of the costs and opportunities of migration. Despite its low budget production and its reliance on amateur actors, Ila ‘Ayn is a triumph in filmmaking, and remains today as pertinent in its subject, and as powerful in its narrative, as it was in the 1950s. Moreover, the film represents Mr. Nasser’s successful effort to launch the film making industry in Lebanon; an effort that has borne many impressive fruits in the decades since the release of the film.”

In its fourth year, the Khayrallah Prize identifies, awards and publicly honors those whose original artistic productions and projects focus on any aspect of life in Lebanon, or among Lebanese immigrants, whether in the past or present. 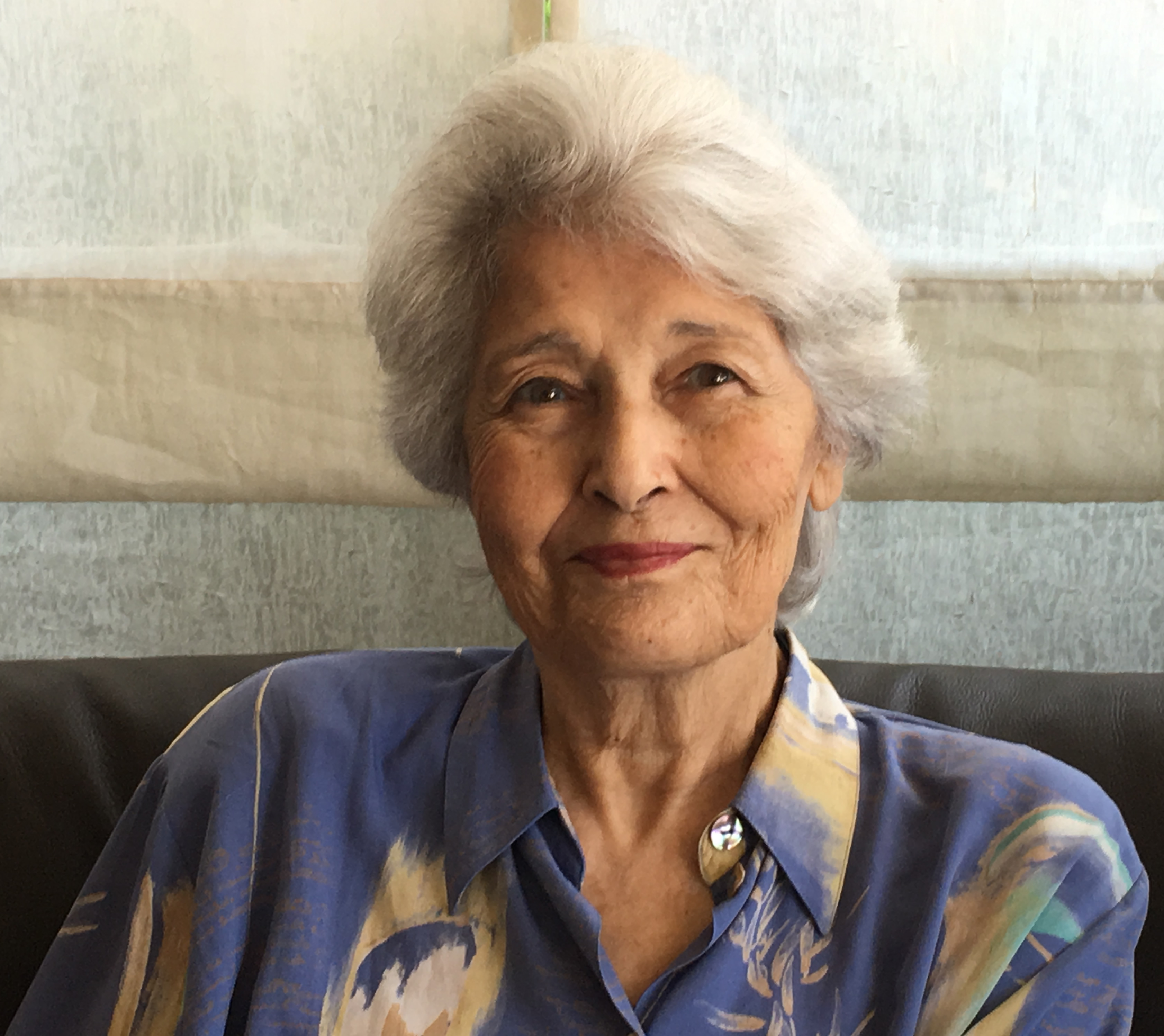 Emily Daoud Abi Rached (her married name is Nasrallah) was born in 1931 in the small village of Kaukaba, and raised in al-Kfeir, both in South Lebanon. In 1958 she received her BA in education and literature from the American University in Beirut, and began a career shortly thereafter a fifteen-year career in journalism, writing first for Al-Sayyad, and then Fayruz.

Tuyur Aylul (The birds of September) was Nasrallah's first novel it received critical acclaim and three Arabic literary prizes within the same year of publication in 1962; the prizes are: Laureate Best Novel, the Said Akl Prize, and Friends of the Book Prize. She went to publish a total of seven novels, eleven short stories, and seven children’s books.

Among the honors she has received are the IBBY Awrd in 1988, the Goethe Medal in 2017, and the Cedar Medal of Honor in 2018 from the Lebanese government.

Upon learning of the prize, Ms. Maha Nasrallah, the founder and president of Beit Toyour Ayloul Foundation, wrote: “The Khayrallah Prize means a great deal to us because it recognizes and affirms the spirit of Beit Touyour Ayloul as a cultural center dedicated to Emily Nasrallah’s literary legacy and humanistic values, to literature from the Lebanese South, and to the study of literature about immigration in general. The Moise A. Khayrallah Center for Lebanese Diaspora Studies is indeed a pioneer in conducting research and supporting work on such an important theme, which touches the core of the Lebanese society, and has repercussions worldwide.”

The Khayrallah Prize means a great deal to us ... because it recognizes and affirms Emily Nasrallah’s literary legacy and humanistic values.

According to Khayrallah Center Director, Dr. Akram Khater: “Ms. Nasrallah's illustrious career is captured intimately in al-Makan, an auto-biographical narrative that maps out a life shaped and lived as much in the Mahjar [Land of Migration] as it was in Lebanon. It is a celebration of a space that is emotionally moving in its de-romanticized nostalgia. At the 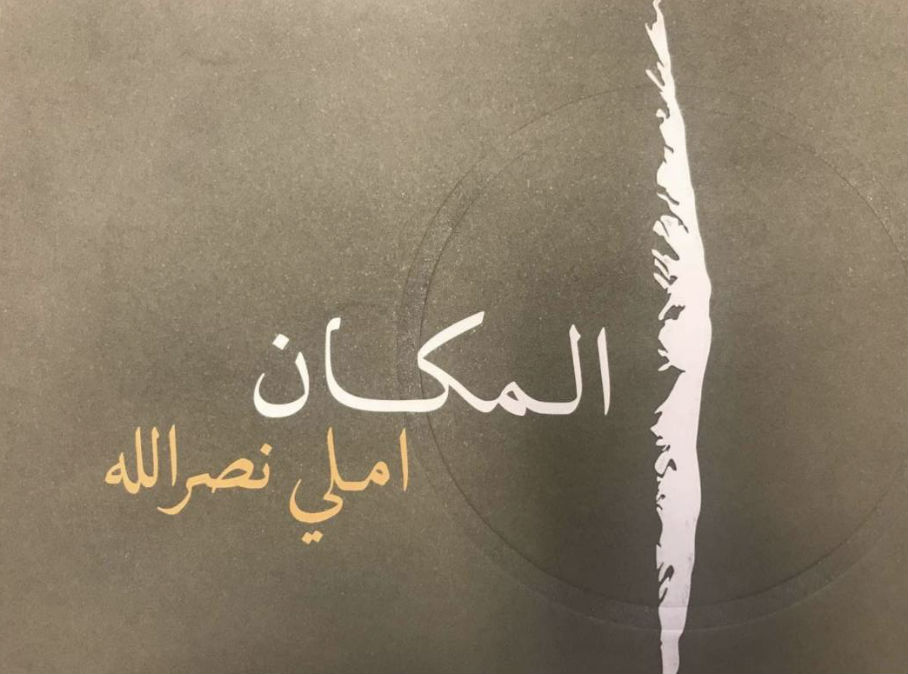 same time that it centers a village in the mountains of Lebanon and a matriarch that held a family together across generations and oceans, it also follows peregrinations that bring the world back on the backs, in the pockets, and hearts and minds of its weary travelers. The literary brilliance of the simple narration by Ms. Nasrallah is augmented by the beauty of the design of the book and its ancillary booklet. Words, images and maps are woven together into a compelling story that captures the familial and national drama/trauma of migration.”

In its fourth year, the Khayrallah Prize identifies, awards and publicly honors those whose original artistic productions and projects focus on any aspect of life in Lebanon, or among Lebanese immigrants, whether in the past or present.