Dr. Gualtieri is Professor of American Studies, History and Chair of the Middle East Studies Department at the University of Southern California. Arab Routes is her second book and it extends, in new directions, her long-standing interest in uncovering the history of racialization in Arab America. Her research engages with several fields – migration, critical race, and gender studies most especially – and she reaches for novel ways of working with archival material. Gualtieri’s public facing work includes a recent collaboration with playwright, Ismail Khalidi, on his play Dead Are My People. The play was inspired by her articles and book chapter in Between Arab and White (2009), on the lynching of Nola Romey in Florida, in 1929. Gualtieri teaches courses on Middle Eastern and North African feminisms, modern Arab revolutions, and the cultures of diaspora. She is also the advisor to graduate students in critical Middle Eastern American studies.  She holds an Honors B.A. in History from McGill University; an M.A. Middle East Studies and Ph.D. in Middle East History from the University of Chicago.

In making its decision, one member of the selection committee noted that Arab Routes is: "Masterful, deeply researched, theoretically sophisticated, makes important interventions in a number of fields." Another commented: "This is a really important book; it offers a critical inroads into thinking about narratives/countrnarratives and will be taught widely to grads/undergrads in the field. Sarah Gualtieri's work has a "history of the archives" approach that makes the book really engaging." The committee as a whole considered Arab Routes brilliantly written, deeply intellectual, and a major contribution to the field of Middle East and North African migration studies.

Upon hearing the news, Dr. Gualtieri wrote: "I’m very grateful to receive this prize, named after the intrepid, innovative scholar, Alixa Naff, whose work and archive I return to often. The recognition will also be meaningful to the many families who graciously shared their migration stories with me, along with letters, photos, and documents. At a time when the inequities related to race and immigration status have been cruelly heightened, I am thankful to be part of a community of scholars whose research and activism seeks to build better worlds."

This year the selection committee awarded the best paper prize to two scholars: Dr. Anne Irfan for her paper Educating Palestinian Refugees (Journal of Refugee Studies), and Dr. Samuel Dolbee for his paper, The Desert at the End of the Empire (Past and Present). 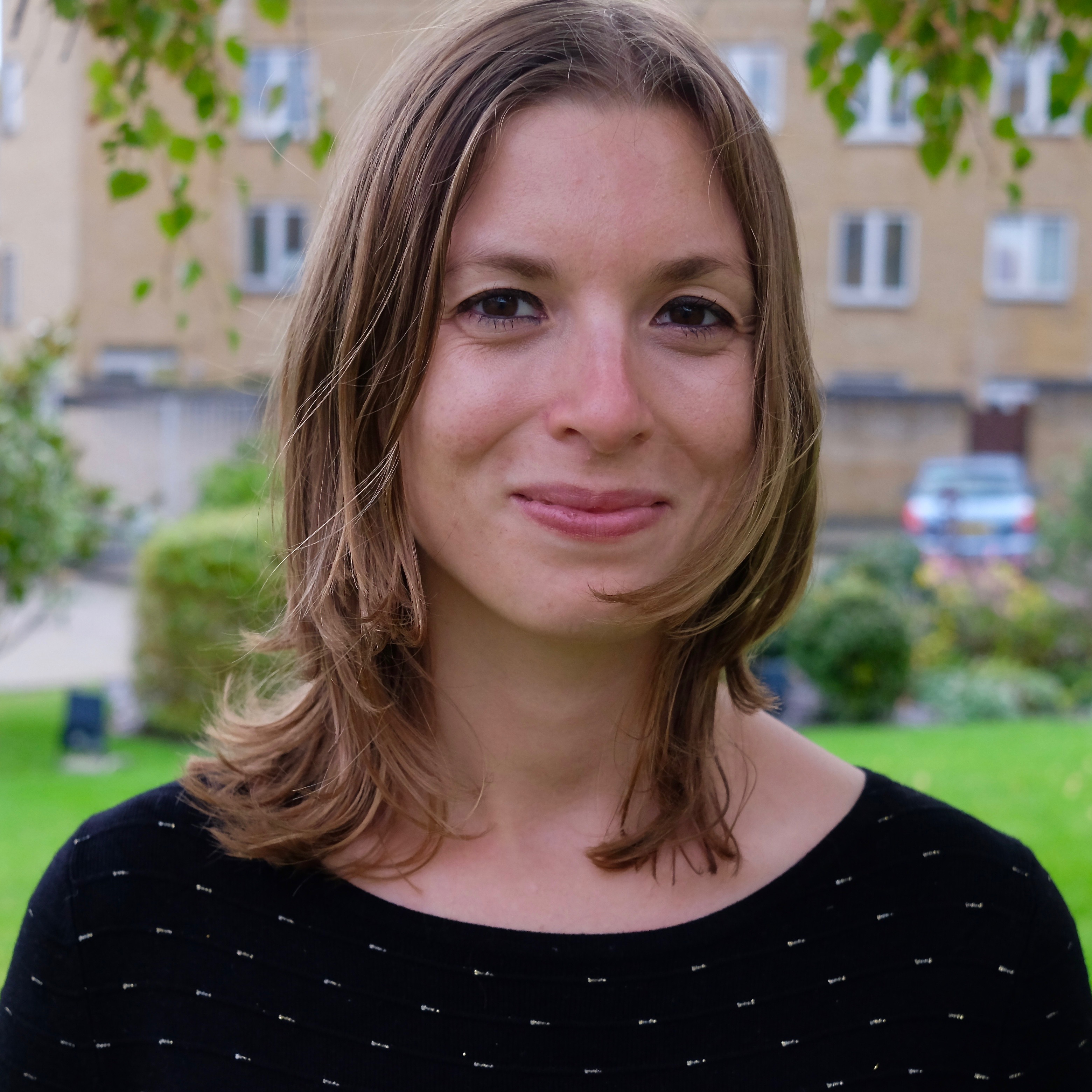 Dr. Anne Irfan is Departmental Lecturer in Forced Migration at the University of Oxford, where she is part of the Refugee Studies Centre. Her research focuses on Palestinian refugee history, the UN refugee regime, and colonial legacies in forced migration. She is Principal Investigator on the British Academy-funded research project Borders, global governance and the refugee 1947-51. Dr. Irfan is currently completing her first book, a study of the political history of the Palestinian refugee camps in the Middle East.

In making its decision, one member of the selection committee noted the following about Dr. Irfan's article: "This is clear, well-written article on refugee education and its links to reintegration/obstacles to reintegration." Another commented: "A clear, cogent, deeply-researched reconstruction of UN education for Palestinians, and the ways the latter influenced its approach." The committee found the power of Dr. Irfan's article to reside in its eloquence, analytical richness, and in seriously exploring the subjectivities of Palestinian refugees.

Upon receiving news of her award, Dr. Irfan wrote: "I'm thrilled to hear that my article has been named co-winner of the Alixa Naff Prize, especially at a time when so much exciting and innovative work on Middle East migration is being produced. I would like to thank the selection committee for their kind words and consideration. It is especially encouraging to see the Palestinians' forced migration being situated within the broader context of regional displacements, refugee crises, and voluntary migrations."

Dr. Samuel Dolbee is a lecturer on History & Literature at Harvard University. He completed his PhD in 2017 at New York University's joint program in History and Middle Eastern & Islamic Studies. He is currently working on a book manuscript about the environmental history of the Jazira region between 1858 and 1939 that examines borders by following locusts and mobile people, including deportees, nomads, and refugees.

In making its decision, the selection committee noted: "A powerful, poignant, empirically rich piece. the evidence is well mustered and the prose restrained and moving. Dolbee's work blends borderlands and environmental hist approaches and it's excellent. This article is a good demonstration of how to think about desert spaces/borderlands in multiple registers. It's at the very cutting edge of its subfield."

In accepting the award, Dr. Dolbee wrote: "I have great respect for the efforts of both the late Dr. Alixa Naff and the Khayrallah Center to foster scholarship on migration, and so it's an honor to receive this recognition. I'm grateful to the committee for their kind words, and to the broader scholarly community for making this work possible."

The 2020 Graduate Paper prize was awarded to Dr. Mija Sanders, for her paper, Death on the Aegean Borderlands. 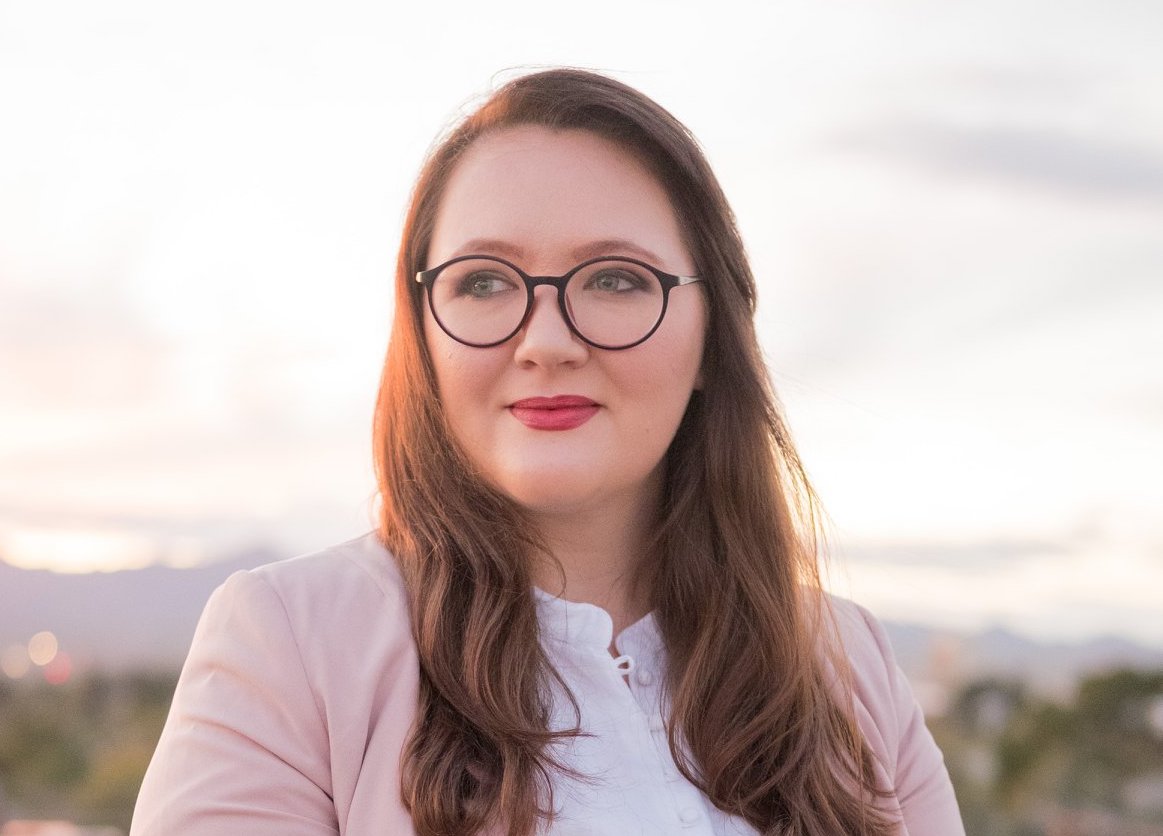 Dr. Sanders is a recent PhD graduate of the School of Middle Eastern Studies at the University of Arizona. Her 2020 dissertation is titled "Politics of Care and Reverberations of Trauma: Syrian Refugees in Izmir, Turkey." Her dissertation explores a broad framework of international, national, and local institutions including care and assistance sectors (health care and humanitarian aid), the labor market, and urban settlement that are part of the interface between Syrians and the Turkish state. It connects Syrian affects and emotions to the institutions that regulate their everyday lives through multiple interventions. Currently Mija is working on a book based on her dissertation.

In making its decision, one member of the selection committee noted that Dr. Sanders' work is: "Extremely impressive: subtle, restrained, poignant, theoretically sophisticated and empirically rich." Another commented: "Theoretically rich piece on necropolitics on the Izmir coast. Uses the relevant literature and critical theory, asks new questions. Has a novel source base. This is an excellent essay!" Our third committee member wrote this paper presents: "a cogent analysis of the necropolitics of refugees in eloquent prose; at once incredibly moving and disturbing, while providing a thoughtful intervention into the field of refugee studies."

In accepting the prize, Dr. Sanders wrote: "I am very honored to receive the Alixa Naff Prize in Migration Studies. The opportunity to share this work—focused on Syrian migration experiences and death on the Aegean—is appreciated beyond words. I am greatly encouraged by the feedback of the selection committee to continue to write about the "incredibly moving and disturbing" but important realities of Syrian experiences in Turkey. During interviews in the field in 2017-2018, Syrians made it clear that the way they lived and the way they died, crossing borders and in Turkey, were equally significant and important to consider as migration experiences of the Syrian community. I receive the news of this award with the excitement that those narratives will now be read and acknowledged."