The Khayrallah Center is delighted to announce the winners of the 2021 Alixa Naff Prize in Migration Studies. The annual prize recognizes outstanding scholarly studies from any discipline focusing on Middle East migrations, refugees and diasporas. From an outstanding group of applicants, this year the selection committee awarded three different prizes

Devi Mays is Associate Professor of Judaic Studies and History at the University of Michigan. Her 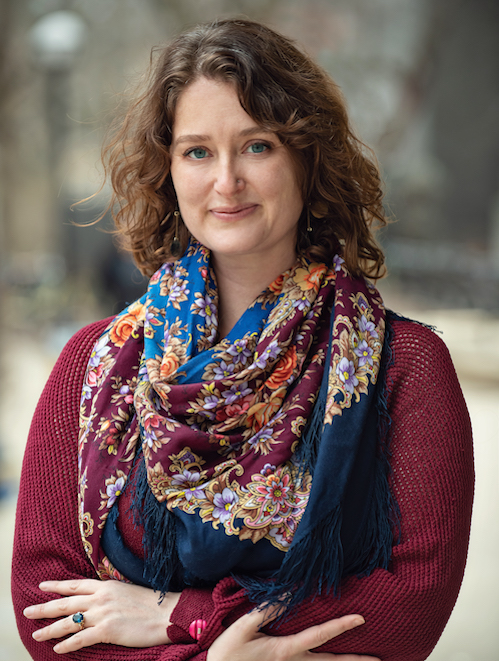 The selection committee chose Forging Ties, Forging Passports for this year's book prize because: "In this work, Devi Mays offers an elegant account of the trajectories of Sephardi migrants from the Ottoman empire as they journeyed through the early twentieth-century world. Deeply anchored in multi-sited archival research, the work is rich in empirical insights and beautifully written. Mays deftly reconstructs her subjects’ attempts to find a place in the world and to construct flexible forms of belonging fit for diasporic life." Another member of the committee noted that "Mays' ability to muster archival records from across continents and put them into this comprehensive study of modern Sephardi diaspora is unmatched. There is balance between individual life histories and big, global processes; the reader is carried through an interwar world system in flux, where migration is simultaneously more common than ever and treated as a political threat."

In acknowledging her selection as a winner of this year's book prize, Dr. Mays write: "It is a huge honor and privilege for my book to have been awarded the Alixa Naff Migration Studies Prize. Too often, the histories of Jewish migration from the Middle East and North Africa, and the diasporas
they form, have been told separately from the histories of Middle Eastern and North African Christian and Muslim migrations and diasporas. As a historian invested in bridging these historiographies, it is especially gratifying for my book to be recognized by the Alixa Naff prize committee, and for the experiences of Ladino-speaking Jews to be incorporated into the rich literature on Middle Eastern and North African migrations and diasporas as a whole. I hope that my book sheds light on the experiences and histories shared among migrants from this region, regardless of national, linguistic, and religious affiliations, as well as on the distinctive ways these specific diasporic communities drew on their unique characteristics to enable the forging of diasporic ties across the Mediterranean and Atlantic worlds." 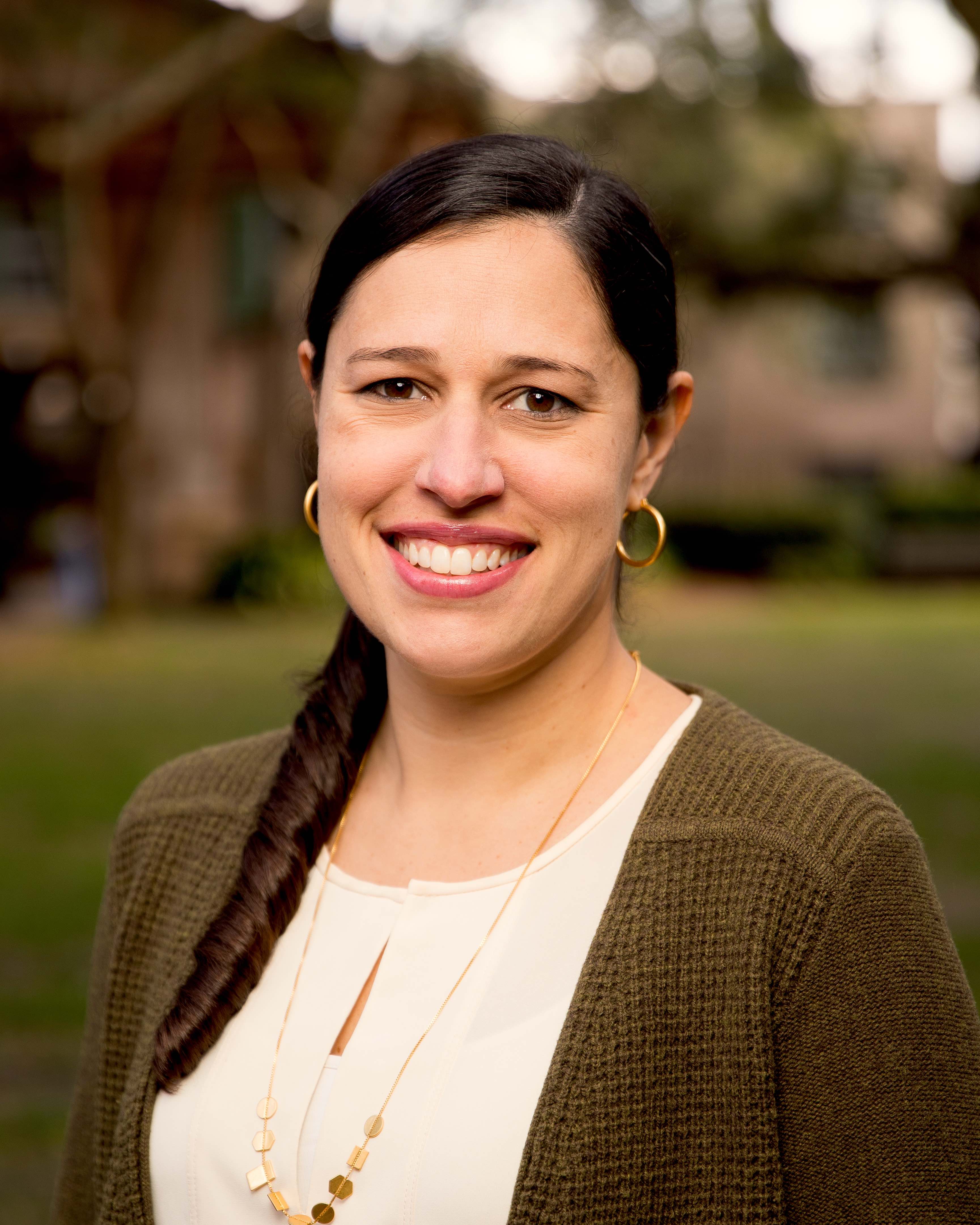 Amy Malek is a sociocultural anthropologist specializing in the intersections of migration, citizenship, and culture in the Iranian diaspora. She is currently Assistant Professor of International Studies at the College of Charleston, having recently completed a two-year fellowship at The Sharmin and Bijan Mossavar-Rahmani Center for Iran and Persian Gulf Studies at Princeton University. Her recent publications have appeared in Memory Studies, the International Journal of Cultural Studies, and Middle East Journal, and her current book project is a comparative ethnography of the impacts of cultural policies on diasporic Iranian communities in Sweden, Canada, and the United States.

In making its decision, one member of the selection committee noted that: "Amy Malek’s article offers an elegant, compelling, and theoretically sophisticated exploration of the social life of a single image. Retracing its production, its detachment from its origins, and its journeys through the digital world, the article provides rich insight into diaspora, digital media, and American ideas of difference." Another commented that: "In Clickbait Orientalism, Malek examines how the production, circulation, and consumption of Iranian vintage photography performs in the digital platform economy. Examining viral images of pre-revolutionary Iran and tracking their currency among commentators in Iran and its diaspora, the article argues the contemporary meanings are reinscribed on the images as they are reproduced, reinvented, memed, and shared online. The essay builds on conversations about the diaspora archive, respectability politics, and idealized/weaponized representation in migration studies. Malek's essay provokes conversation about the relationship between hegemonic "diaspora stories" and the impact of digital dissemination in shaping them."

Upon receiving news of her award, Dr. Malek wrote: "It is an honor to receive the Khayrallah Center's Alixa Naff Prize for this article, which examines 21st century intersections of several of Dr. Naff’s scholarly concerns: migration, memory, family archives, and the representation of Middle Eastern immigrants. I’m especially grateful to the selection committee for recognizing the contributions of this analysis beyond the Iranian case it examines, and hope that the award draws attention to its broader implications for representations of Middle Eastern women in light of ongoing contemporary geopolitics.”

The 2020 Graduate Paper prize was awarded to China Sajadian, for her paper, The Drowned and the Displaced: Afterlives of Agrarian Developmentalism in Eastern Syria. 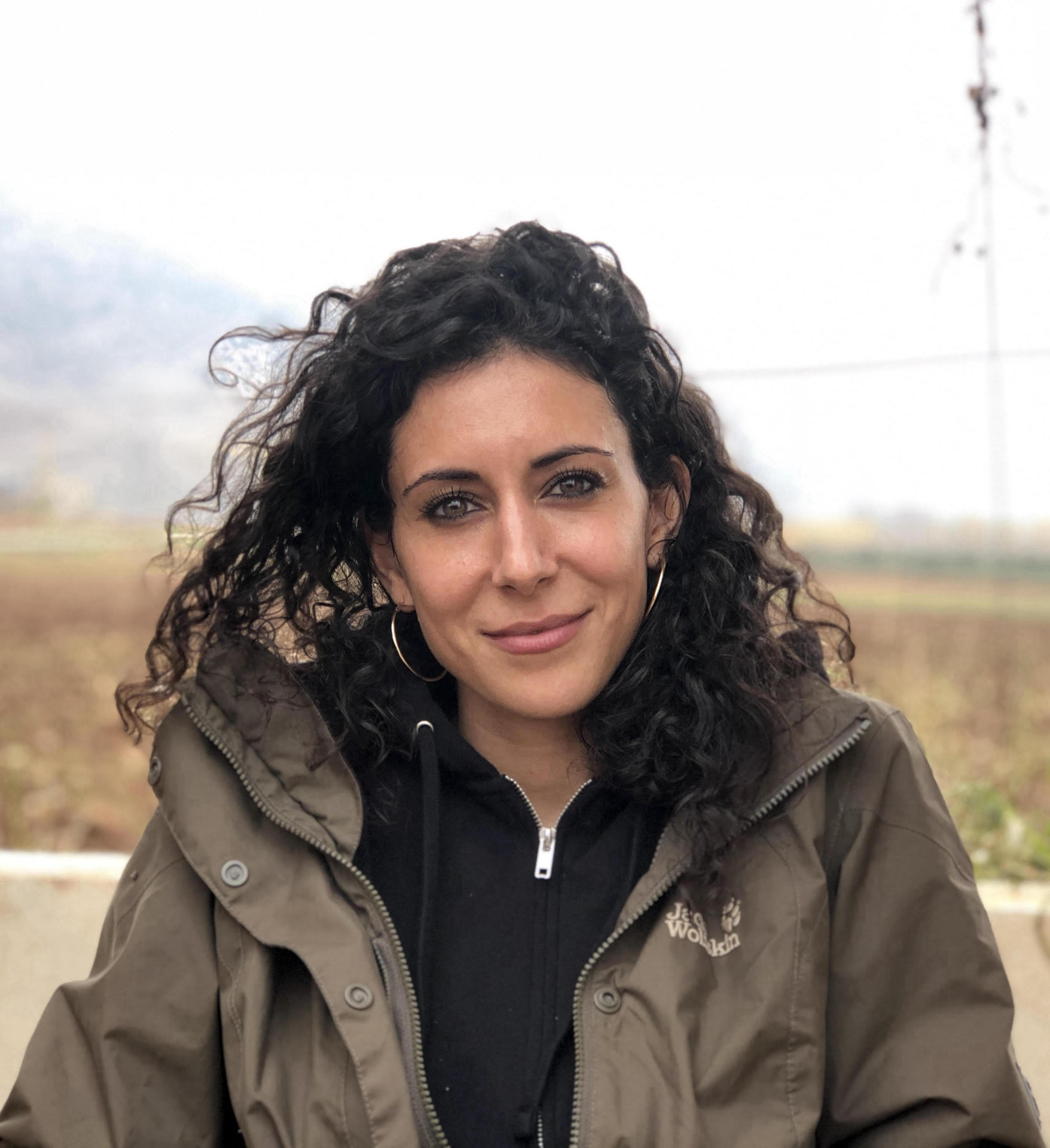 China Sajadian is a doctoral candidate in cultural anthropology at the CUNY Graduate Center and currently a Mellon/ACLS Dissertation Completion Fellow. Her dissertation is an ethnography of agricultural labor, circuits of debt, and gendered relations of hierarchy and interdependency among Syrian refugee-farmworkers in the Bekaa Valley of Lebanon. Based on eighteen months of fieldwork at the Lebanese-Syrian border, the dissertation traces the forms of debt Syrian farmworkers have incurred before and throughout the Syrian war. Her research has been supported by the National Science Foundation, the Wenner-Gren Foundation, the Orient-Institut Beirut, the Committee on Globalization and Social Change, and the Center for Place, Culture, and Politics.

In making its decision, the committee found--in the words of one of its members--that: "Sajadian's The Drowned and the Displaced stages the relationship between forced migration and agrarian politics in a significant new way. The piece develops from an ethnographic project documenting the displacement and life histories of the Syrian maghmurin, people removed from parts of eastern Syria in 1973 for the Euphrates Dam Project. Sajadian compellingly argues that Baathist projects to develop Syria's eastern province produced successive waves of rural displacement." Another member of the committee wrote: "China Sajadian’s evocation of the life worlds of Syrian agrarian workers in Lebanon and of their multiple displacements is as poignant as it is analytically powerful. Grounded in extensive fieldwork in Lebanon’s eastern Biqa valley, it offers a deeply original, empathetic, and theoretically suggestive account of the afterlives of postcolonial developmentalism and its enduring effects on generations of rural inhabitants."

In accepting the prize, Ms. Sajadian wrote: "I am truly honored to receive the Alixa Naff prize. Early on in my research in the Bekaa Valley, I came upon the late Dr. Naff’s path-breaking dissertation on agrarian social history in the Lebanese-Syrian borderlands, and her work remains a major touchstone in my own understanding of migration in the region. I am very grateful to Khayrallah Center for this wonderful recognition and for supporting a vital community of migration scholars."