The Khayrallah Center is please to announce that Dr. Elizabeth Saylor has been selected as 2016-2017 Post-Doctoral Fellow.

A native New Yorker, Dr. Elizabeth Saylor received her B.A. in Comparative Literature and Society from Columbia University, where she studied Arabic, French, German, and Italian literatures. Elizabeth holds her Ph.D. in Arabic Literature from the University of California, Berkeley, where she had the opportunity to develop her skills as a passionate and award-winning teacher of Arabic language, literature, and culture. Elizabeth has lived and traveled extensively throughout the Middle East. She studied Arabic at the Center for Arabic Study Abroad (CASA) program at the American University in Cairo and co-directed an Arabic language study abroad program for two consecutive 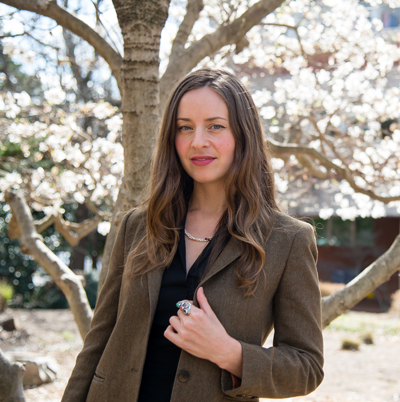 ​​​​​​​summers in Tunisia. Upon completion of her doctorate, Elizabeth joined Bard College as a Visiting Assistant Professor of Arabic, where she taught Arabic language and literature to a fantastic group of students in New York’s beautiful Hudson River Valley. This summer, she will be directing the Al-Quds Bard Summer Language Intensive, a four-week program for intermediate and advanced Arabic language students, which will be held in the West Bank, Palestine.

Teaching & Research Interests
Elizabeth’s current book project examines the work of a neglected pioneer of the Arabic novel, the Lebanese immigrant writer, journalist, and translator, ‘Afīfa Karam (1883-1924), an important contributor to the nahḍa, or the Arabic cultural renaissance of the late 19th and early 20th century. Karam published three Arabic novels in New York City between 1906 and 1910, predating the publication of Haykal’s Zaynab (1914), which is widely credited as the first Arabic novel. As such, this study challenges the dominant narrative of the evolution of the modern Arabic novel, and posits that Karam’s absence from the Arabic canon stems not only from her gender, but also from her deterritorialized status as a member of the mahjar (diasporic) community of Arabs living in North and South America. An early voice calling attention to the situation of Arab women, Karam was a pivotal figure in the nascent women’s women in the Arab world. At this embryonic stage of its development, Karam articulated a unique gendered theory of the novel that reflects her proto-feminist politics.

Elizabeth’s teaching interests include Arab women’s literature, the Arabic novel, mahjar (émigré) literature, the Arabic language, 19th and 20th century Arabic literature, Arab American studies, Palestinian literature, translation studies, and Orientalism. Elizabeth is board member and treasurer of the Washington Street Historical Society, an organization that aims to preserve the legacy of New York City’s first Arab immigrant neighborhood, Little Syria. She is a founding member of the Arab American Studies Association (AASA) and has presented her work at invited sessions of the Middle Eastern Studies Association (MESA), Middle Eastern History and Theory Conference (MEHAT) and the annual Diwan Arts Conference. Elizabeth has organized panels and lectured at a number of museums and academic institutions including the Library of Congress, the University of Chicago, the Arab American National Museum, Rutgers University, and U.C. Berkeley.

Every year the Moise A. Khayrallah Center for Lebanese Diaspora Studies offers a postdoctoral fellowship in Middle East Diaspora Studies (with preference given to Lebanese Diasporas). This award is open to scholars in the humanities and social sciences whose scholarly work addresses any aspect of Middle East Diasporas. Fellows are required to be in residence at North Carolina State University during the appointment period; to teach one course per semester during the academic year; to pursue an active research agenda that should result in one or more publications, as well as offer a research presentation in the Spring semester. In addition, the Fellow is expected to take an active role in the programming and activities of the Moise Khayrallah Center for Lebanese Diaspora Studies, and in advancing the mission of the center. 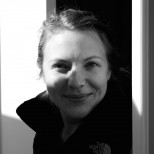